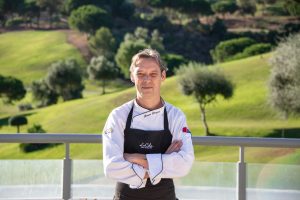 We are excited to announce that Brian Deegan is La Cala Resort’s new Executive Chef.  With his origins from Dublin, Brian brings vast international experience acquired from his many years in the culinary sector, living and working in Ireland, Greece, and Spain.

Brian’s initial exposure to the hospitality industry was in Dublin working in his first job as a hotel porter.  But, it wasn’t long before he realized his true passion after being exposed to the hotel’s busy kitchen that emitted many enticing aromas of something magical.  Soon after, he started as a Commis Chef at the same hotel, while also pursuing a culinary arts degree.  Throughout his career, Brian served in various positions working with well-recognized hotels and restaurants, including the Portmarnock Hotel & Golf Links (Dublin, Irelend), Sheraton & Westin Real de Faula Golf Resort & Spa (Alicante, Spain), Astir Palace Vouliagmenis (Athens, Greece), and Westin La Quinta Golf Resort (Marbella, Spain).  Prior to joining La Cala, Brian was the Executive Chef of the prestigious Hotel Alfonso XIII (Sevilla, Spain) where he worked for four years, managing five restaurants and bars that included a team of over 30 chefs.  One of his proudest moments while in Seville was having an opportunity to cook breakfast for the former U.S. President Barack Obama.

At La Cala Resort, Brian is looking forward to blending his overall knowledge of diverse cooking methods, international products, and the flavors of Andalucia to offer a cuisine for each of our restaurants that will appeal to our loyal and new clientele.  When asked about his impression of La Cala so far, Brian states “I am seeing a true sense of family here at La Cala, not just with our guests but also with my co-workers that is really special.” 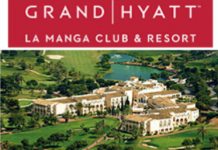