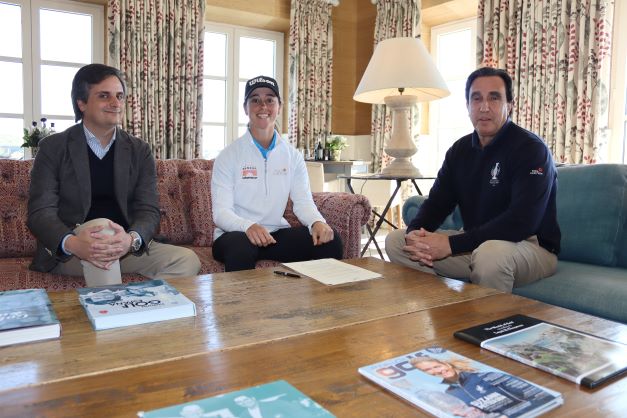 Making the announcement to mark International Women’s Day, the LET and LPGA Tour star will promote Finca Cortesin’s status as Host Venue of The Solheim Cup in 2023, and proudly champion its credentials as one of Europe’s most inclusive and sustainable golf destinations throughout her playing schedule and during the build-up to the event.

Heralding from Son Servera in Mallorca, Iturrioz is considered one of the most exciting young prospects to have emerged from Spain in recent years and is being touted as a strong candidate for the European team next year, when they compete for the Waterford Crystal against Stacy Lewis’ team from the US.

“Having the chance to align with a future venue of the Solheim Cup is a fantastic opportunity that is going to help me to achieve my aims as a player so much. To also be representing a host venue in my home country makes this news even more special,” said Iturrioz, winner of the 2019 Dubai Moonlight Classic. “I am also really proud to be representing a destination in Finca Cortesin that wants to support and promote the game to women and girls, which is so important to me as a competing female golfer.” 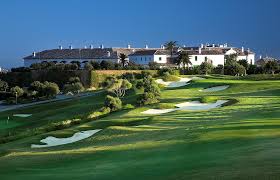 Designed by renowned architect Cabell Robinson, Finca Cortesin will provide the stage for one of the world’s biggest sporting spectacles when it hosts The Solheim Cup next year, a tournament that will see the best female golfers from Europe and the USA as well as their respective team captains, Suzann Pettersen and Stacy Lewis, go head-to-head from 18-24 September.

Managing Director and President of Finca Cortesin, Vicente Rubio Mörch, said: “As our preparations to host The Solheim Cup next year gain pace, ensuring that Finca Cortesin has local female representation from some of the best golfers in the world is really important to who we are as a destination, as it forms a huge part of our drive to inspire more women and girls to take up the game.

“With Nuria as a Finca Cortesin ambassador, we can work together to spread these positive messages about the game and about our destination as one that is bringing one of the biggest female golf events right here in her home country. Hopefully, we will be able to support her development in a way that enables her to do that as a fellow member of the European team in September next year.”

Coupled with its work in supporting women’s golf, Finca Cortesin strongly advocates sustainability in golf through its own environmentally friendly practices across the resort, such as introducing water-resistant grass types on the golf course, using fully recycled water sources for irrigation and encouraging local wildlife to thrive through its flower and fauna programme.

These initiatives have been further developed at Finca Cortesin since the arrival of Francisco de Lancastre David last year as General Manager for Golf and Leisure. Commenting on Nuria’s ambassadorial announcement, he said: “Nuria is an exceptional talent in the women’s game that has achieved so much success at such a young age. She is not only a fantastic golfer but is also an exemplary individual that we strongly believe will represent the Finca Cortesin brand with pride – a trait that truly captures what it means to represent one’s country or continent in The Solheim Cup.”